What Kathrine Switzer Did for Running

Look around you the next time we all finally gather, post-COVID, on a Saturday morning or Tuesday night for DRC training. You will likely see runners representing an equal mix of gender, a broad range of ages, and a generally inclusive group who share the same passion for running. And when you run your next race, the women around you are there participating, thanks to a brave and determined woman who broke through the male-only marathon world in 1967.

Kathrine Switzer opened the door for female runners in 1967 at the Boston Marathon, open only to male runners at the time. After unofficially training with the men’s cross-country team at Syracuse University (no women’s team existed), she wanted to run the famous Boston Marathon. Team coach Arnie Briggs agreed to help her sign up after proving she could run 26.2 miles on a practice run. The rule book and entry form did not specify gender, and she legally registered under the name “K.V. Switzer.” She ran the race with Coach Briggs, along with her boyfriend and another male friend, who all came to her rescue when the race director, Jock Semple, tried to physically remove her from the race around mile four (see famous photo below). 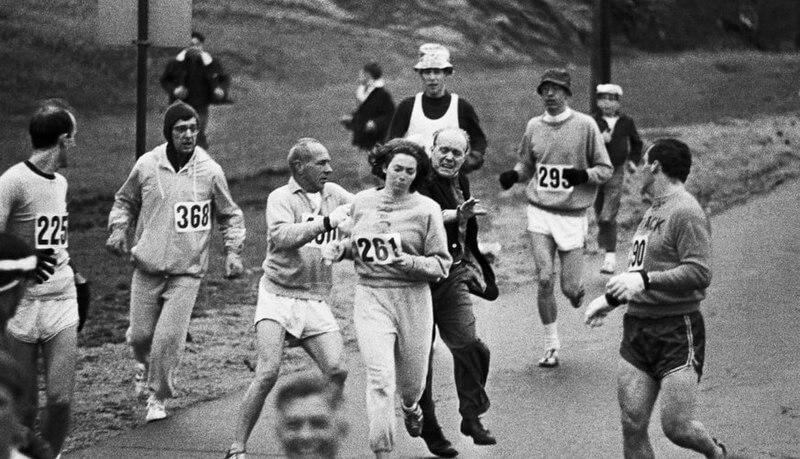 She successfully completed the race in 4:20 despite harassment along the way from Mr. Semple, the press, and spectators. From her memoir Marathon Woman, Kathrine shares her thoughts following the terrifying scuffle at mile four and what propelled her to the finish:

“I knew if I quit, nobody would ever believe that women had the capability to run 26-plus miles. If I quit, everybody would say it was a publicity stunt. If I quit, it would set women’s sports back, way back, instead of forward. If I quit, I’d never run Boston. If I quit, Jock Semple and all those like him would win. My fear and humiliation turned to anger.

Kathrine Switzer did for running what Billie Jean King did for tennis a few years later. In 1973, King won the “Battle of the Sexes” tennis match against 55-year-old opponent Bobby Riggs. She was also instrumental in persuading cigarette brand Virginia Slims to sponsor women’s tennis in the 1970s. From then on, other trailblazers continued to pave the way for female athletes for which we are eternally grateful.

Now is a good time to reflect on and pay tribute to Kathrine Switzer based on recent milestone events. The 124th Boston Marathon took place virtually in September of this year with thousands participating across the globe, including many DRC members (congrats!) The Boston Marathon is the most gender-equal marathon in the world, made up of 45% female runners.

We also celebrated Women’s Equality Day on August 26th, which commemorates the passage of the 19th Amendment to the US Constitution, giving women the right to vote in 1919. This is a timely celebration during this interesting and lively election year!

What would we do without a trailblazer like Kathrine Switzer? Running would not be what it is today. Having never been denied participation in a marathon during my lifetime, I have taken for granted the opportunity before me. Writing this article fills me with much appreciation. Once I decided to train for marathons, I was able to simply join Dallas Running Club and enter any marathon of my choosing, per time, team, or lottery qualifications – not based on any demographic factors.

Speaking of demographics, Kathrine Switzer inspires me in another way: her age. As a late-in-life runner, starting serious running a few years ago at age 49, I’m inspired to know Kathrine is still running at age 73. In 2017, she ran the Boston Marathon at age 70, finishing with an impressive 4:44:31, 50 years after famously running it for the first time. If she can do it, then I can do it, right? I feel I’m just getting started! 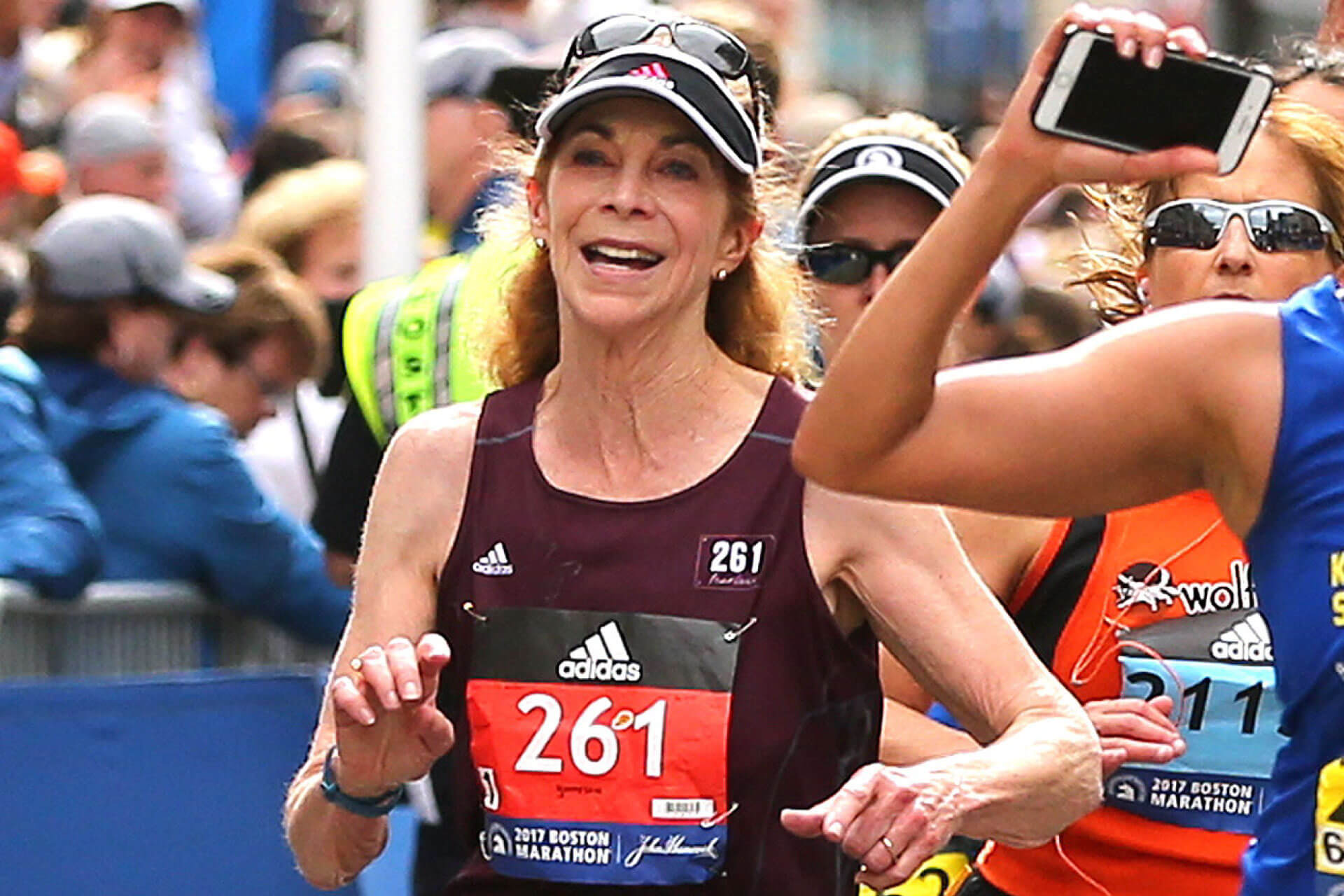 Kathrine Switzer continues to empower and unite women worldwide through her non-profit organization, 261 Fearless Inc., a global community for women runners of all abilities created to “support, encourage, and inspire each other towards a positive sense of self and fearlessness.” Source

Let’s all celebrate the opportunities in front of us and keep running, together. Thank you, Kathrine Switzer!