Your Brain on Running 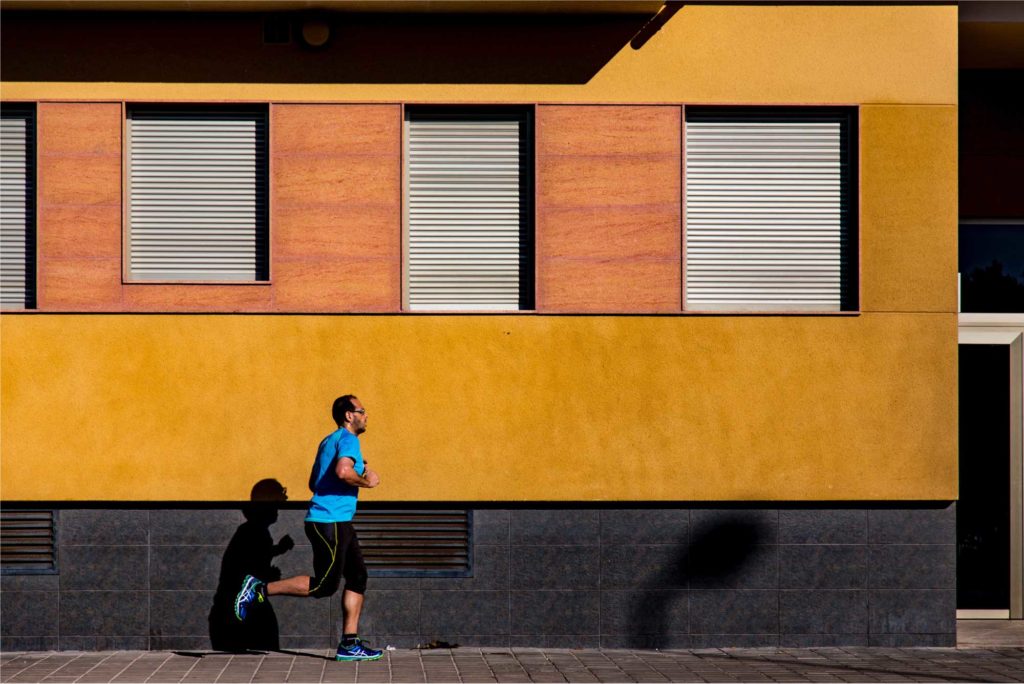 With so many races getting cancelled or being turned into a virtual event, and running groups being split apart by social distancing, many people might think that becoming a runner in 2020, in the midst of a pandemic, may not have been the best time to start.

However, the COVID-19 crisis has upended so many of our lives, it has brought unprecedented change and increased anxiety; and for that, I’d say 2020 was the best time to start (or continue) running. We know we typically feel better after a run, even after those tough interval runs, and research has shown that running alters the mind to improve mood, reduce anxiety, improve learning and memory, and maybe even offer some resilience against aging and disease.

Here’s some of the science behind how running affects the brain to improve your mental health.

The Science Behind a Runner’s High

That elusive “runner’s high” some of us are familiar with, that feeling of ease and euphoria, is due to a couple feel-good chemicals in the brain called endorphins and endocannabinoids. Endorphins are a natural opioid and bind to similar neuroreceptors as morphine; they play a role in pain reduction and a general feeling of elation.

In 2008, a German researcher used brain scans to determine that after a 2-hour run athletes experienced an increase in endorphins, the greater the endorphin surge the more euphoric the runners reported feeling.

Some research has found that endocannabinoids rise in the blood after only 30 minutes of moderate intensity treadmill running. These neuromodulators promote feelings of relaxation, calm, and reduced anxiety, effects similar to consuming cannabis.

Running is Good For the Mind and Body

The mental health benefits don’t stop when we finish our run. Running also improves the cardiovascular system – our blood vessels, heart, and lungs, all of which ultimately improves blood flow to the brain. According to the American Academy of Neurology, this leads to improved memory, verbal skills and mental sharpness. More blood flow to the brain means more glucose and more carbs, and much like other muscles, the brain uses this fuel to produce more growth factors and neurotransmitters.

Neurotransmitters like those feel-good chemicals we talked about earlier and glutamate, a chemical found to be low in an area of the brain associated with depression. Research has shown that running particularly increases growth in a part of the brain that’s important for learning and memory, the hippocampus. An area that is thought to be one of the first to naturally decay with age. Running can interrupt this process and has been shown to combat some of the damage associated with aging. Not just in the hippocampus but in other areas as well.

A study done by BYU found, through MRI scans, endurance runners had greater functional connectivity than sedentary people. More connections between distinct brain regions in areas like the prefrontal cortex, were found. This is an area involved with planning and decision making. The study was done in young adults ages 18-25 and the areas of the brain found with more connectivity are the same areas impacted as we age.

It raises the question of whether being active as young adults could be potentially beneficial in offering some resilience against the effects of aging and disease by creating more neurons with more connections.

Running also requires a presence of awareness. Focusing on your breath, your foot strike, and your physical surroundings – the lights, sounds, smells, to fully immerse yourself in the moment can induce a meditative state. While the health benefits of meditation are still being studied, it’s suggested that meditation can reduce stress, promote a tranquil mind, and enhance physical and emotional well-being. According to a 2018 study, just 15 minutes of running improves attention span, concentration, and overall mood more than meditation does. Therefore, lacing up and going for a run could be a better way to reap some of the psychological benefits of mindfulness.

Many of these studies are preliminary and further research is still needed, there’s also a myriad of other factors that influence how running can affect your brain. While the physical impacts have been well known, science is starting to back the mental health benefits of running. In a time when we’re facing new challenges and many unknowns, getting out and going for a run has never felt more important.

If you want to make a positive impact on both your mind and body, check out the DRC training programs for a smart, healthy way to become a runner!