The Dallas Running Club is a volunteer-based organization that provides a supportive community for every runner.

Tal Morrison was the founder and first president of the Dallas Running Club, named Cross Country Club of Dallas from 1969 through 2006.

When he retired in 1967, he continued running and usually found himself at White Rock Lake. He decided to start a running club, and he wanted to pattern it off the New York running club, which had a race the first Saturday of every month at 8 a.m. To get members, he would stop other runners he would see at the lake and ask for their contact information.

Dues the first year, dues were a whopping $3 a piece and Morrison managed to gather together about 20 members. One of those members was none other than Don Lucas, a lawyer turned shoe salesman, who ended up naming his first running shoe store after his dog, Luke.

Morrison remembers well November 1969, which was the first running of the Dallas Turkey Trot. “We had about 15 of our members run the race and everyone placed,” he says proudly.

In honor of the great contribution Tal Morrison has made to the DRC and the Dallas running community, the DRC’s May race is officially called The Tal Morrison Half Marathon and a scholarship program, Scholars On The Run, The Tal Morrison Scholarship fund, has also been organized in his name. 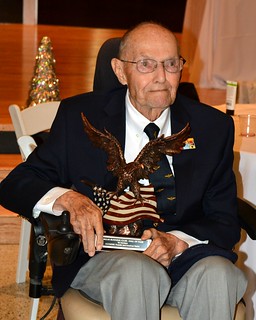 I love DRC! This group welcomed me when I moved to Dallas and allowed me [to] continue training for marathons safely in a city I knew very little about. I met incredible friends who are some of my closest friends in Dallas! ❤️ Thank you, DRC! You are the best volunteer led running group in Dallas!
- Beth A.

Throughout the history of the Cross Country Club of Dallas and the Dallas Running Club, there have been countless runners and hard working volunteers that have enabled the club to not only survive, but thrive for nearly 50 years.  The DRC Hall of Fame was established in 2013 as a way to recognize those individuals that have made significant contributions to the club.  Each year, new Hall of Fame inductees are presented at DRC’s Annual Meeting.

Tal founded the Cross Country Club of Dallas (CCCD) in 1969 which later became the Dallas Running Club. He also established the White Rock Marathon in 1971 which later became the Dallas Marathon. Tal learned about the value of running and fitness will serving in the Navy and has been dedicated to enjoying and sharing this passion ever since he moved to Dallas and the White Rock Lake area.

James Thruston has been an innovator and a stalwart fixture in the Dallas running scene for many years. He was instrumental in launching what is known as the DRC Half in the 1970’s and served as President of the DRC from 1979-1982. James also served as Race Director for the Dallas Marathon and directed dozens of other races in the Metroplex for over 20 years.

Due to injury, he began to volunteer at some of the club races.  Then he sold advertising for the Club newsletter and other Club publications.  He then became Assistant Director of The Half, The DRC signature annual event.  The next year he became Director of The Half and continued to direct the event for three years.  After race director, he was voted to be Club President and served a two year term and two more years as a Board member as Past President.  Later, he continue to volunteer for The Half as Team Captain for the Course Guides.
During his time of service, Horace has seen and overseen many positive changes contributing to a vibrant running community in the Dallas area.

Ken Ashby started running in his native Kentucky after college. Upon moving to Dallas in 1985, he began racing each month with the CCD (now DRC), and has marked the club’s courses on race mornings since 2001. Ken has finished hundreds of marathons and ultras and has measured hundreds of certified courses. He and runner Linda Kelly, a longtime DRC volunteer married at the 2005 (White Rock) Marathon.

Frances & Scott McKissick have been loyal members of the Dallas Running Club since the early 1990s. Their passion for running and the running community is evident upon first meeting them. Not only are they competitive runners, but also dedicated volunteers. They co-directed the DRC Breakfast Bash race for 9 years and have volunteered at race day registration for many, many years.

The DRC is not your average running club.

Whether you are just starting out or have hundreds of miles under your belt, we have something for every level of runner or walker.